As the 5th largest consumer, India’s demand for paper is expected to rise 53% in the next six years, primarily due to a sustained increase in the number of children in rural areas attending schools. Though India’s per capita consumption is quite low compared to global peers, the demand is set to rise from the current 13MT (million tonnes), to an estimated 20MT by 2020. 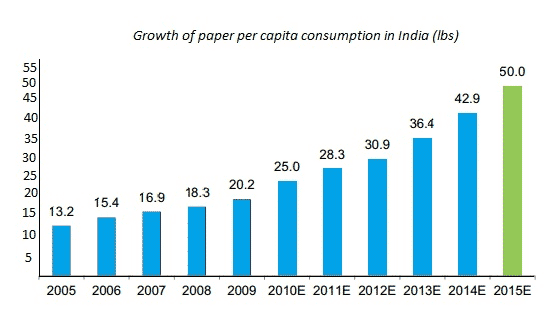 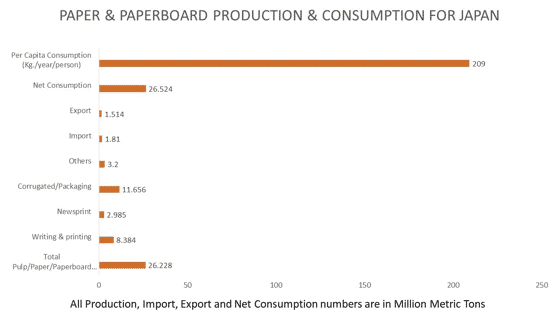 Germany’s paper industry stands at number one in Europe but ranks fourth in the world, after USA, China, and Japan. Its turnover yields 14.9 billion Euros and the annual production stands at 23.2 million tons, comprising of 3,000 varieties of paper grades. The industry offers almost 44,000 jobs at about 180 production sites in Germany. PG Paper Company are prominent paper suppliers in Europe and Asia.

In Brazil, paper and pulp industry is growing steadily. Being spread across 540 municipalities, the 220 companies in this sector generate around 128,000 jobs, 77,000 working in the industry, and 51,000 working in the forest departments. It accounts for almost 640,000 indirect jobs.

The Brazilian paper and pulp industry planted 2.2 million hectares of reforestation trees in 2012 with exports of USD 6.7 billion.

USA is of the biggest consumers of paper in the world. Between 1990 and 2002, paper consumption in USA increased from 84.9 million tons to 97.3 million tons. PG paper is one of the biggest paper suppliers in USA and around the globe.

PG Paper Company Ltd caters to paper consumers from around the globe and our multilingual team helps to provide the best support.