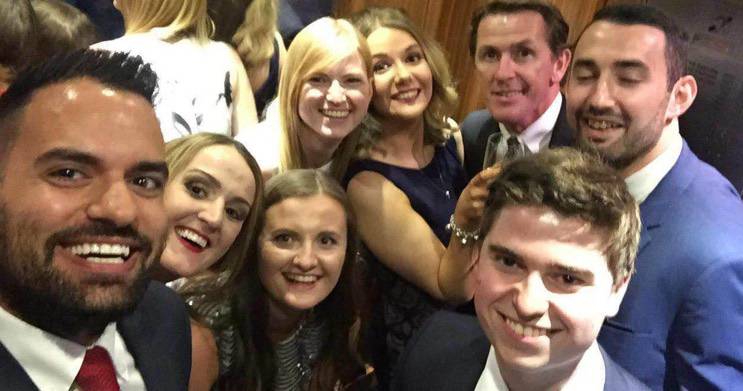 On the 10th June this year the PG Paper team in conjunction with Action for Children Scotland, held our annual Sports Dinner at the Hilton Hotel, Glasgow. We had around 200 guests who joined us for the evening with Sir AP McCoy, the world famous horse rider, who gave us a fascinating insight into his career as a jockey.

This was followed by a Q&A with our compare for the evening, Peter Martin, who had some questions from the audience. We heard all about Sir AP McCoy’s love of horses from a young age and the trials and tribulations he has gone through to become one of the best known jockeys of his time. He also told of the horrific injuries he has received during his career, highlighting the dangers of horse riding and risks involved.

Despite his many injuries, it was clear that these have not hindered AP’s determination, as he continued to dominate his sport until his retirement in early 2015, and still has close ties with horse racing.

During the sports dinner we were humbled to hear about the good work Action for Children, Scotland continues to do for disadvantaged young people across the country. As this is a charity close to PG Paper’s heart, it was great to see the changes the charity continues to make to help support young people through very difficult situations. We are delighted to announce that we helped Action for Children raise over £90,000 during the evening which will go to many great causes across the country.